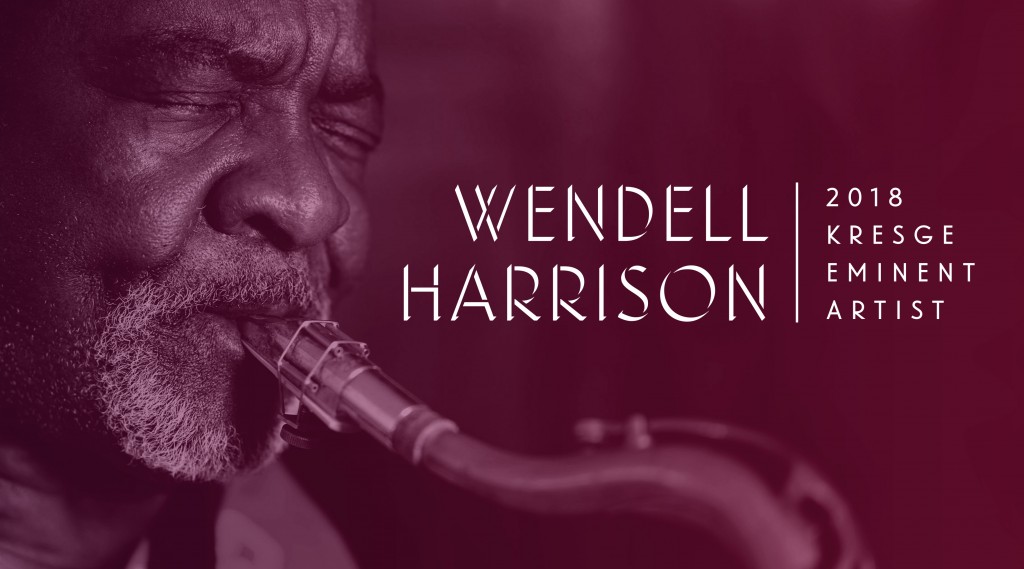 Detroit-born jazz musician Wendell Harrison has been named the 2018 Kresge Eminent Artist. The lifetime achievement award includes a $50,000 prize. Harrison is the 10th artist to receive the Kresge award for his contributions to art form, cultural community, residents of the city.

Harrison, 75, is a tenor saxophonist, clarinetist, composer, bandleader, educator, and entrepreneur. His high-energy and expressive playing sweeps through a range of idioms, reconciling modern jazz roots with excursions into funk, fusion and free jazz. He is widely known as a flame keeper of Detroit’s jazz legacy and the co-founder of Tribe, an influential 1970s collective that produced jazz recordings and concerts, published a magazine and continues to provide a do-it-yourself model for contemporary creative musicians.

Harrison has been based in Detroit for most of his 60-year career, but he spent much of the 1960s in New York. There he worked with the celebrated mainstream guitarist Grant Green, free jazz icon Sun Ra and soul singer Lou Rawls. He spent more than four years recording and traveling with the bluesy saxophonist Hank Crawford, with whom Harrison made his first recordings.

Harrison’s own bands have ranged from traditional small groups to a unique clarinet ensemble; his notable collaborators have included such leading figures as saxophonists Eddie Harris and Detroit-born James Carter, vocalist Leon Thomas and Detroit techno pioneer Carl Craig. Harrison has made more than 20 recordings as a leader and dozens more as a sideman.

Harrison’s work ethic, commitment to self-improvement and personal journey have inspired generations of Detroit musicians. Harrison founded in his own nonprofit, Rebirth, in 1978 as an umbrella for his performing, recording and teaching activities. 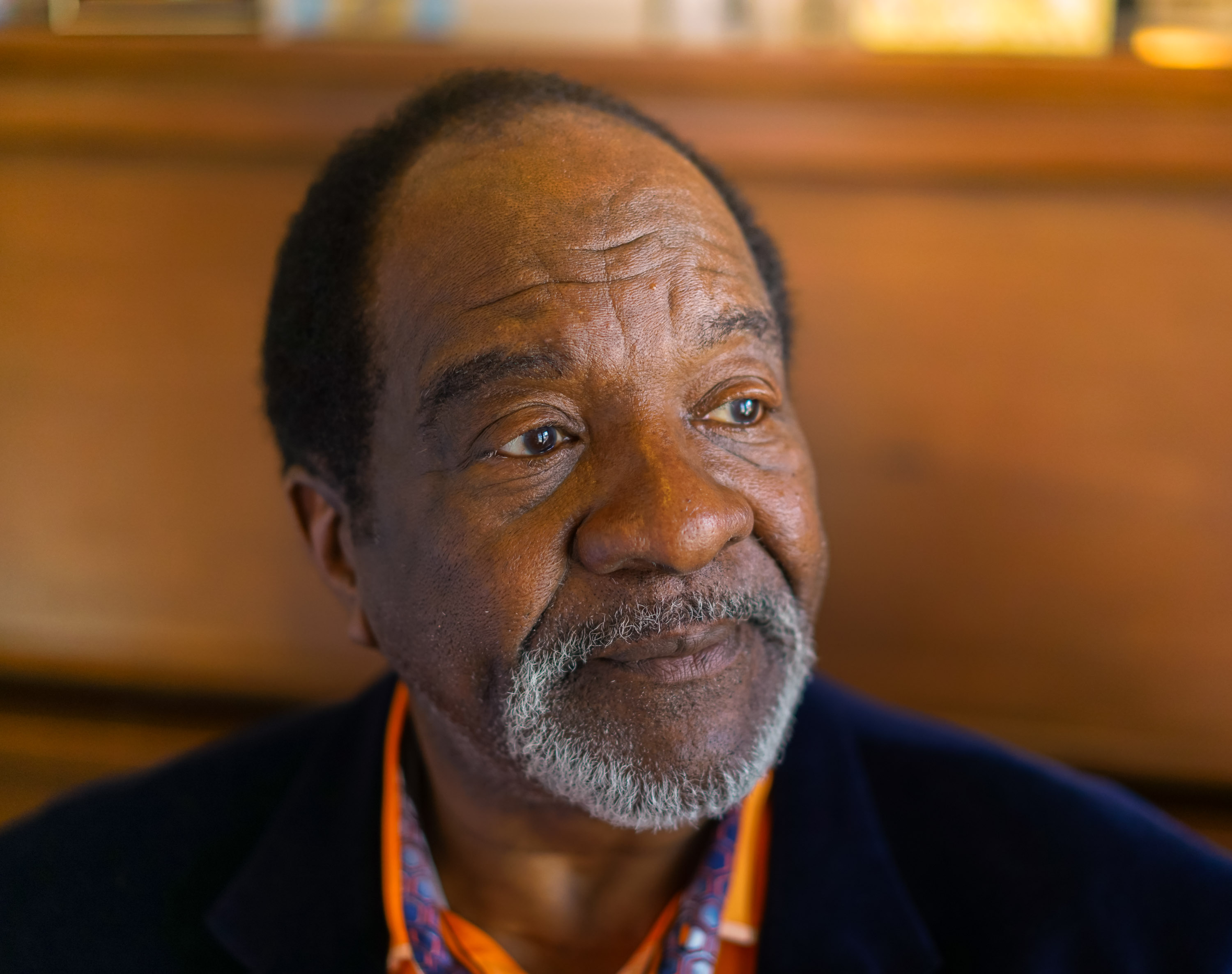 “I have always worked hard,” said Harrison. “I would see others get opportunities and awards other than me, but I tried to stay positive, and rather than wait for somebody else to do things for me, I did them myself. I haven’t made much money, but I’ve been able to control what I’ve done. I’m like a long-distance runner who has been running a course of my life. At three-fourths of the distance, I have now been given a pail of water to continue and finish my allotted distance in time. I say thank you to the Kresge Foundation in support of my journey.”

“Wendell is like the Energizer Bunny,” said Detroit drummer Gayelynn McKinney, a member of the Kresge Arts in Detroit Advisory Council, which made the final selection of Harrison as this year’s Eminent Artist. “He never slows down. He’s always striving to learn more. All of us in my generation have learned a lot from him. He’s inspired me to go after what I want, and he instilled in us that you have a responsibility to pass along the information to those who come after you.”

Harrison started working professionally at 15, and he graduated from high school at 16. He worked briefly on the Detroit scene, before packing his bags and heading east to the thriving New York jazz scene. His versatility was an asset there, and he worked with jazz, blues, R&B, Latin and avant-garde players. His big break came with Ray Charles band alumna Hank Crawford. Harrison toured and recorded four albums with Crawford from 1963 to 1967.

Harrison returned to Detroit in 1970 for what he thought would be quick stopover. Instead, he found his destiny. He began teaching at Metro Arts, an inner-city youth organization, and there became close with trumpeter Belgrave, trombonist Phil Ranelin, and pianist Harold McKinney (father of drummer Gayelynn McKinney).

Harrison and Ranelin co-founded Tribe in 1972 to document their music through concerts and recordings. Musically, Tribe’s aesthetic suggested a gritty mélange of modal post-bop, populist jazz-rock and streaks of free-jazz abstraction. Tribe formally disbanded in 1977, after Ranelin moved to Los Angeles, but its spirit has lived on in Harrison’s subsequent activities and other musician-run organizations and nonprofits that blossomed in Detroit. 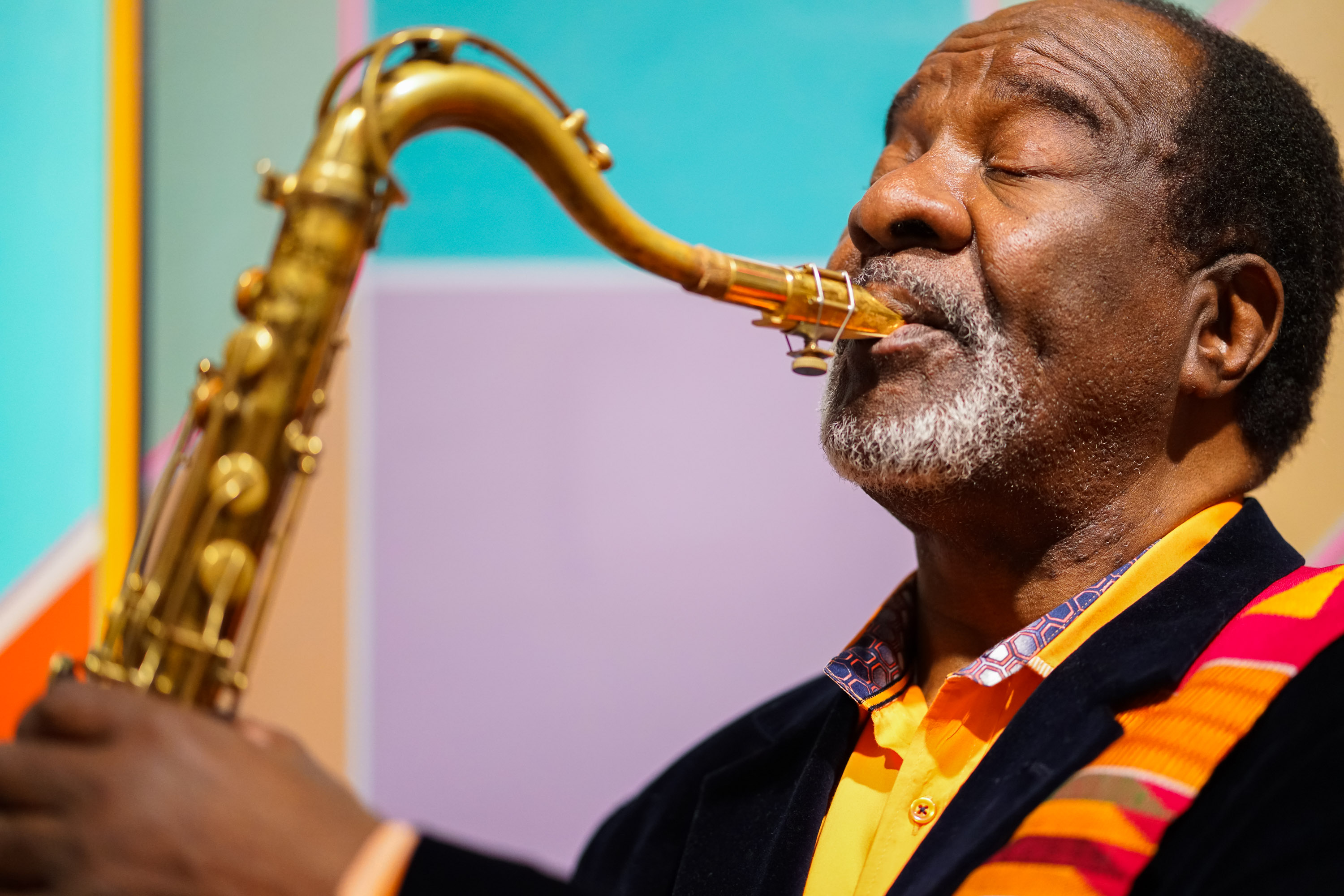 Since forming the Rebirth nonprofit organization in 1978 to present and preserve jazz, Harrison has recorded prolifically as a leader on his own label, Wenha Records. For many years he also produced concerts and live radio broadcasts on WDET-FM featuring visiting stars such as saxophonist Paquito D’Rivera, clarinetist Don Byron and the late pianist Geri Allen, an international star who grew up and began her career in Detroit.

Having written previous instructional books on jazz improvisation, he is currently completing “The Fundamentals of Marketing and Promotion for the 21st Century Musician,” with one of his former professors, Robert McTyre, for publication later this year.

In 1993, Harrison was named a Jazz Master by Arts Midwest, and in the mid-’90s he toured internationally with the Michigan Jazz Masters, a band that also included his former Tribe associates Belgrave and Harold McKinney, both of whom have since passed away.

“I’m just trying to carry on the tradition,” said Harrison. “That’s what Marcus and Harold did. I’m trying to represent the high caliber of artists from Detroit dedicated to jazz improvisation. When I was coming up in the ’50s and ’60s, you had to have your identity as a musician. Things are a little homogenized today, but I’ve always tried to be unique.”