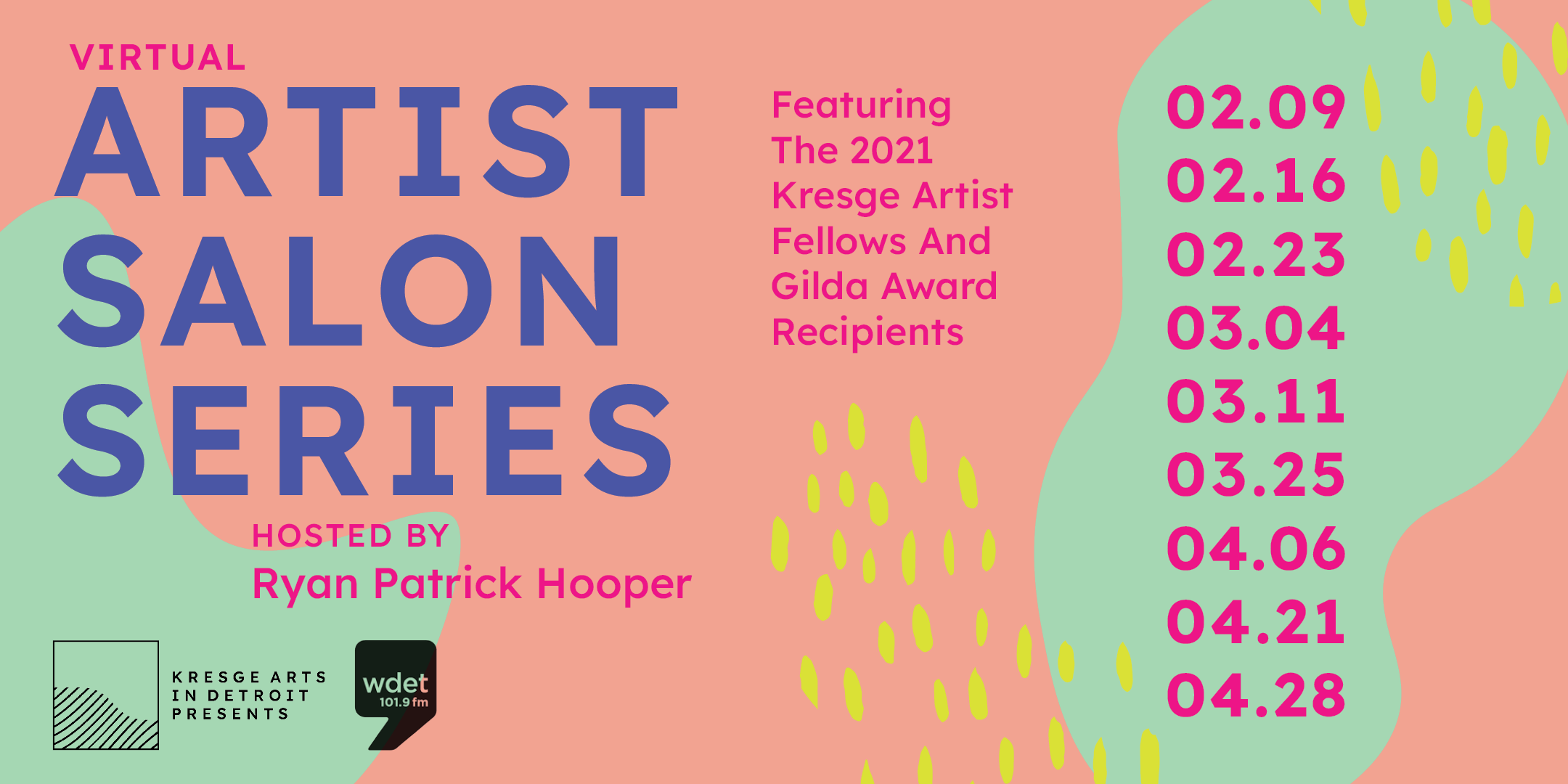 We welcome you to a virtual gathering space

Kresge Arts in Detroit and WDET invite you to a virtual artist salon series featuring the 2021 Kresge Artist Fellows and Gilda Awardees. This nine part series will include never before seen video presentations by awarded metro Detroit artists and writers followed by a public Q+A and conversation moderated by WDET’s Ryan Patrick Hooper.

ASL interpretation will be provided during this event. 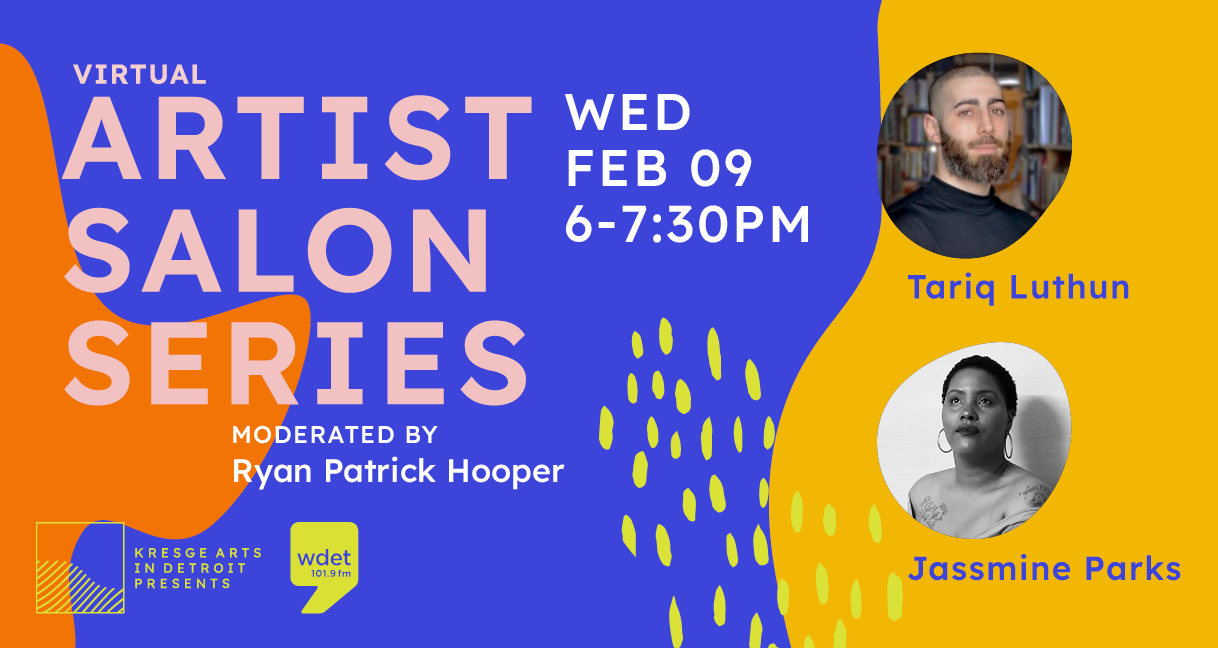 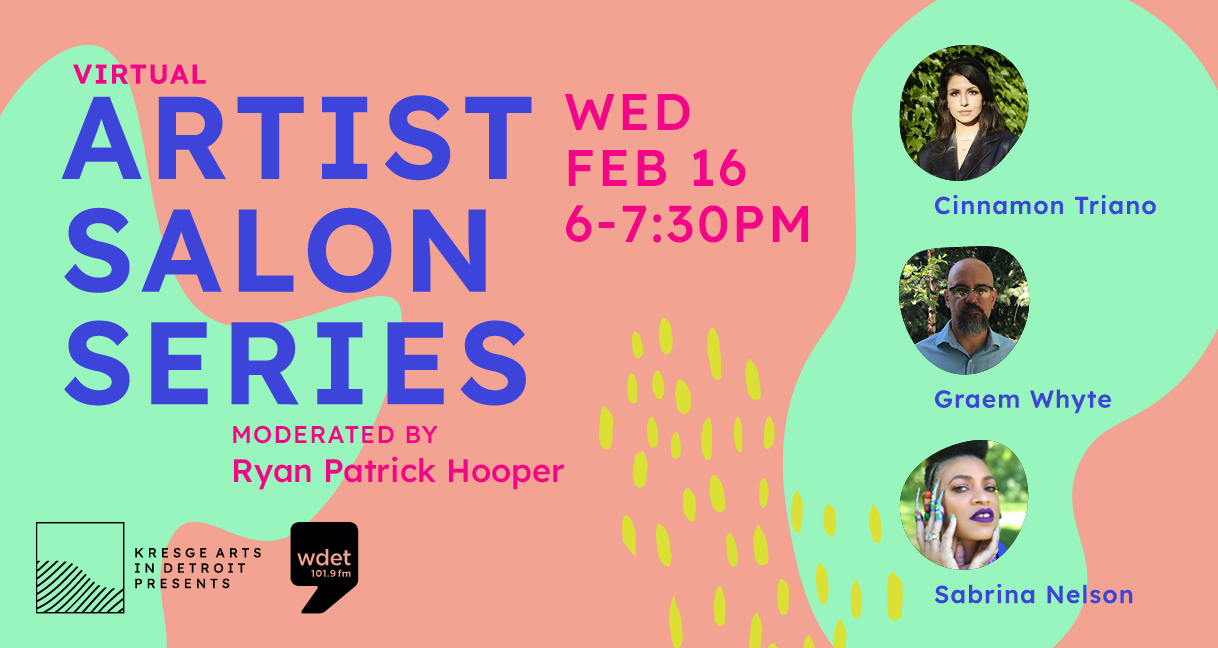 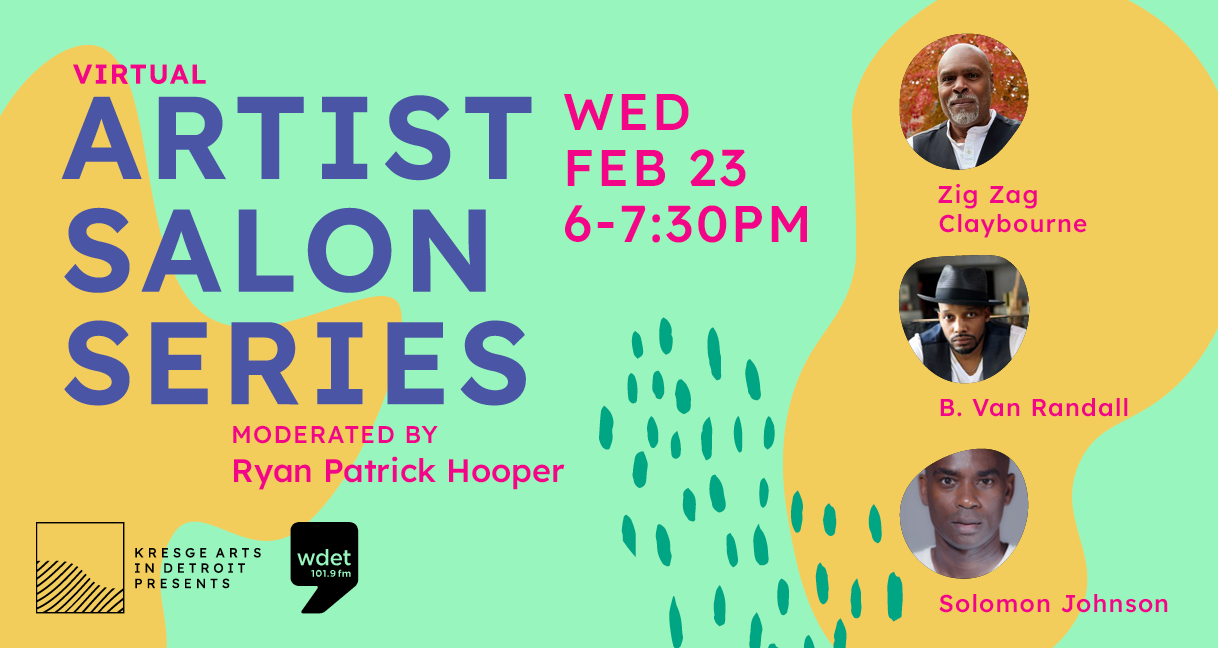 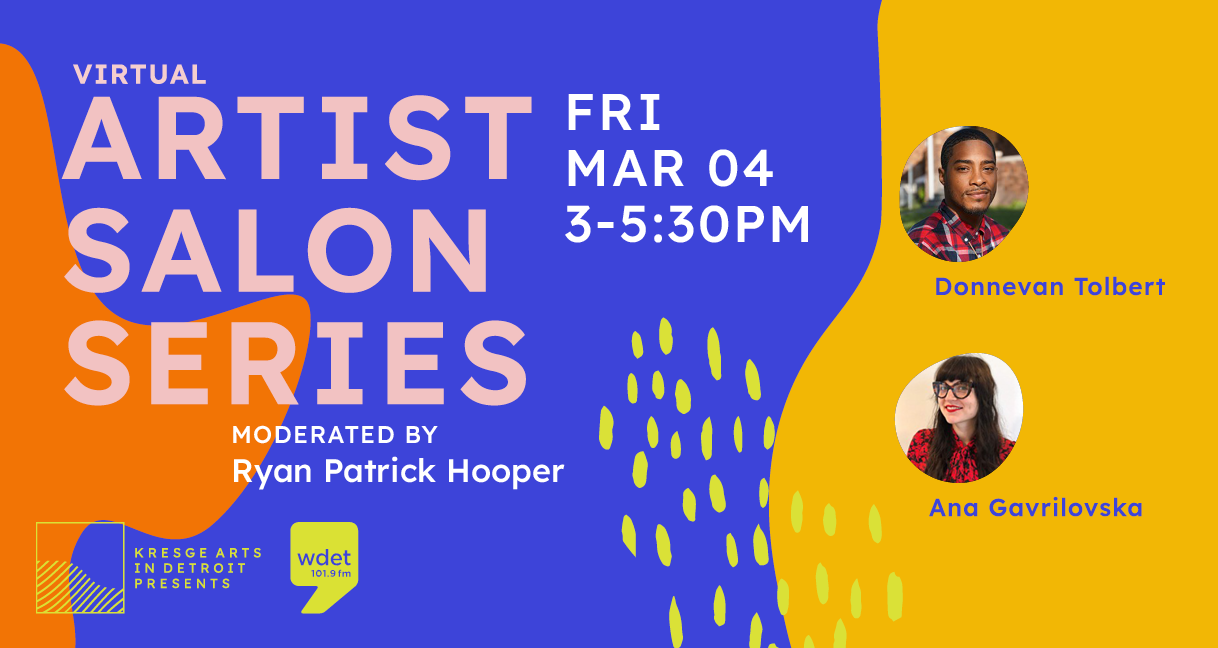 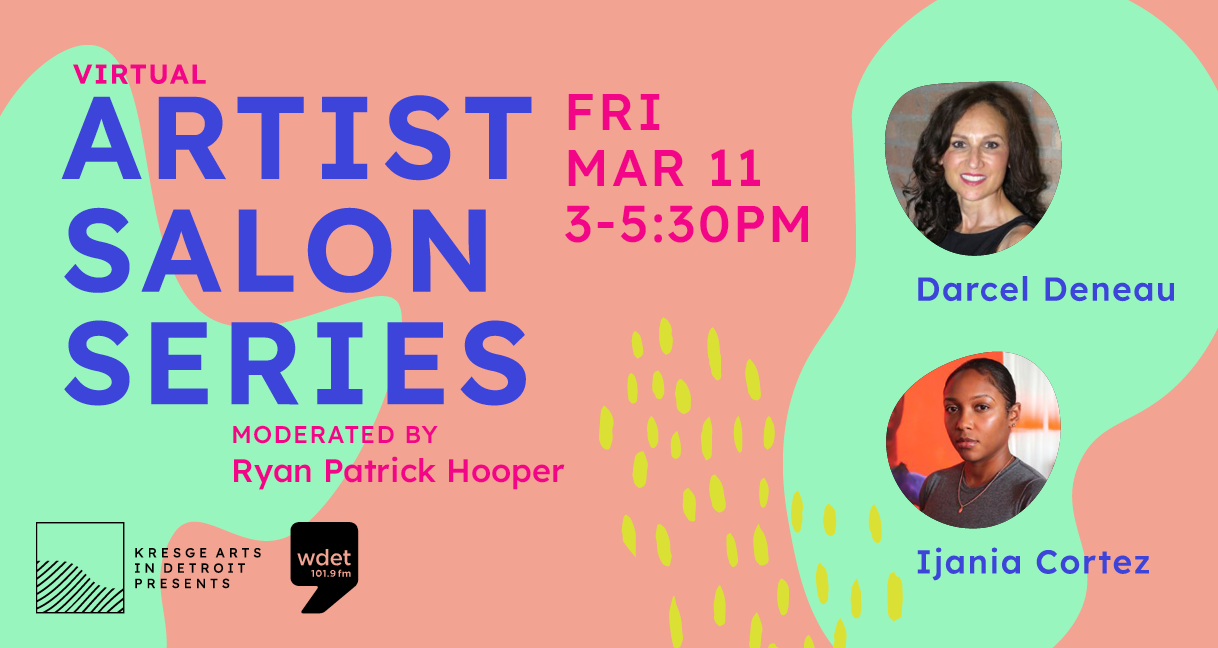 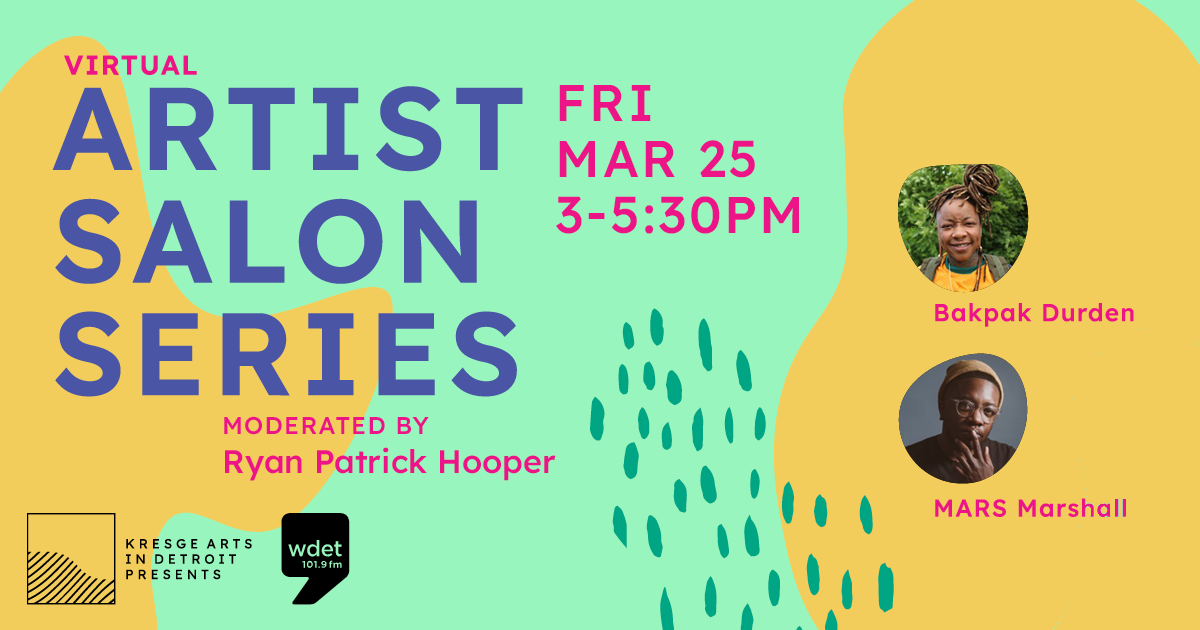 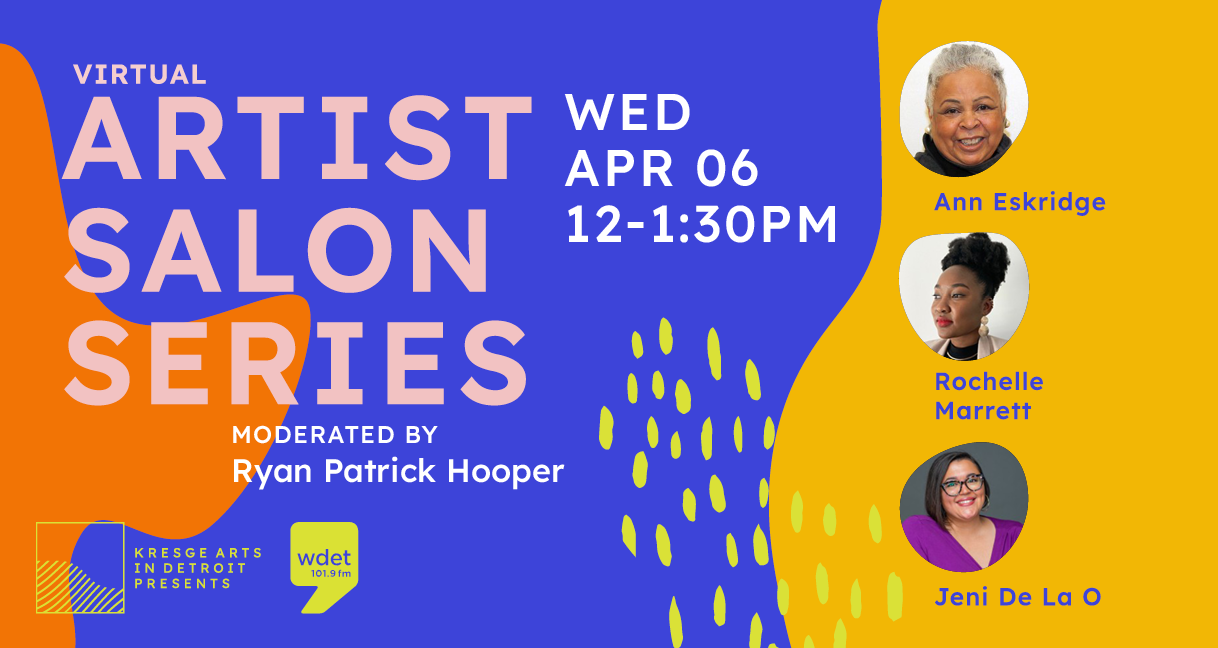 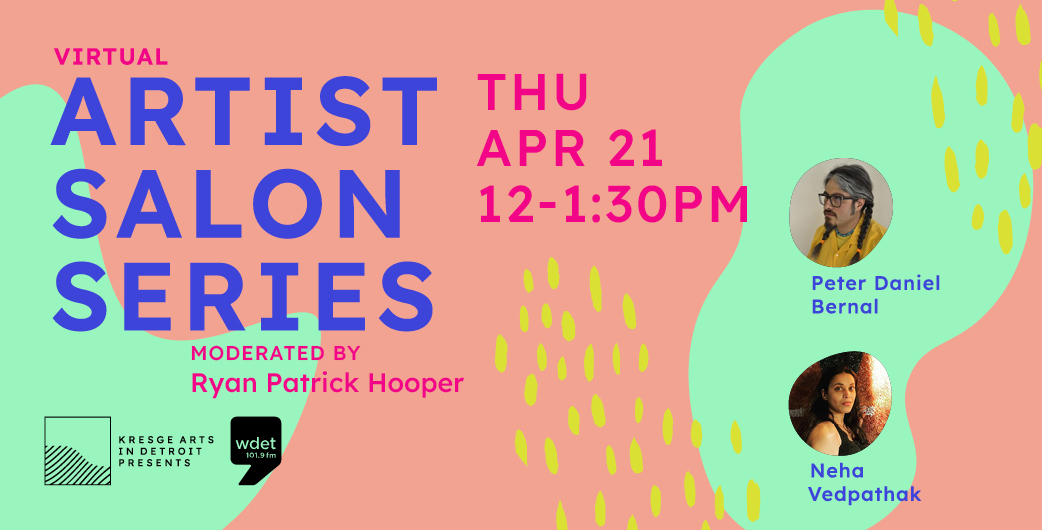 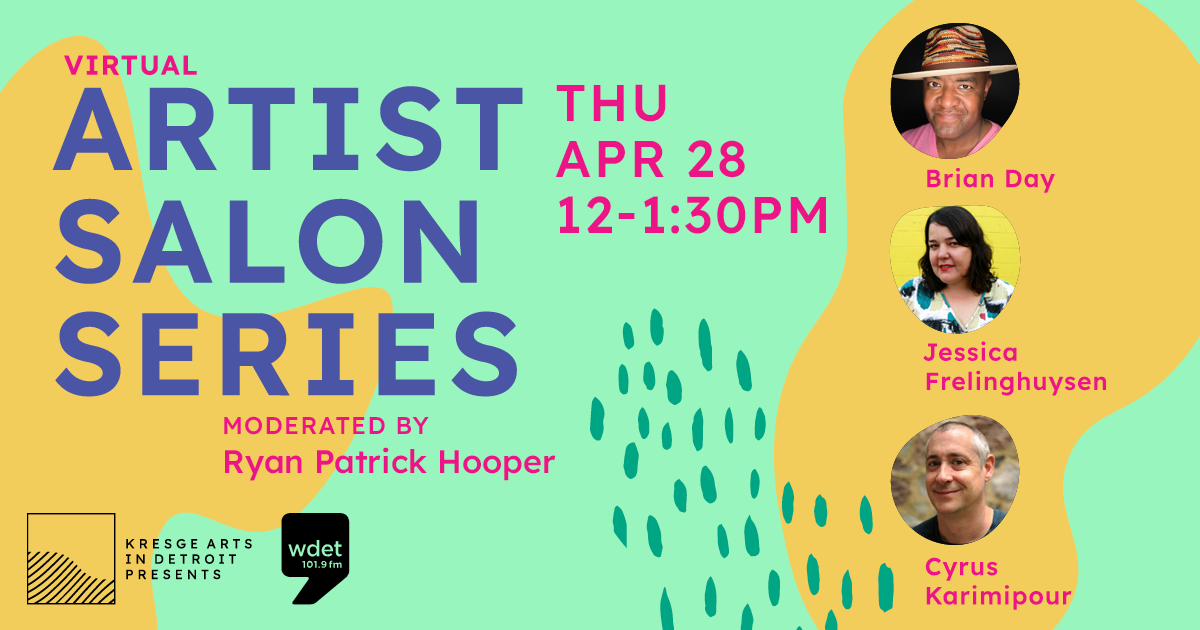