Arthur Cartwright is a producer and filmmaker based in Detroit. He dreams to make positive, thought-provoking entertainment to impact millions across the globe. Cartwright gets his ideas from asking questions, making new projects come to life while in search of the answers to those questions. For instance, he once walked out of a store and saw someone ask for spare change. Cartwright gave the person money for food and thought to himself, “Could I survive one day in his shoes?” That thought led to an award-winning short film called “ONE DAY…SOME DAY,” which tells the story of a small percentage of the earth’s population having to live someone else’s life every single day. Cartwright hopes to communicate new messages in his art by answering life’s challenging questions. 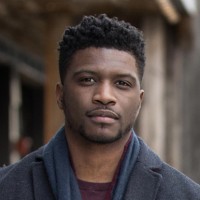