Writers work in what Octavio Paz called a labyrinth of solitude: a place where they can dream and contrive, and nurture their fidelity to language and their compulsion to create magic. Detroit’s own Bill Harris is a magic-maker and a man of letters in the truest sense. He has been a modest yet compelling force in Detroit’s – and the nation’s – literary community for decades, producing highly esteemed works of literature, hybrid forms of poetry, plays, novels, essays and criticism. For these accomplishments, as well as for his mentorship of young writers and his innumerable contributions to our community, it is our pleasure to present the 2011 Kresge Eminent Artist Award to Bill Harris.

Each year, the Kresge Eminent Artist Award recognizes a metropolitan Detroit artist whose work and career exemplify sustained, outstanding achievement and a commitment to sharing that work with the local community. Bill Harris is inarguably eminent, and we are honored to bestow this award on such an astonishing talent.

Nominations for the award are made by the Kresge Arts in Detroit Advisory Council, a volunteer group of leaders in the metropolitan Detroit cultural community who provide external oversight to the program.

The 2011 award recipient was selected by an independent panel of three distinguished members of Detroit’s literary community: Dora Apel, associate professor and W. Hawkins Ferry Chair of Modern and Contemporary Art History at Wayne State University; Vince Carducci, cultural critic and adjunct faculty in liberal arts at the College for Creative Studies and lecturer in sociology at Oakland University; W. Kim Heron, writer and editor of the alternative weekly The Metro Times. Kresge Arts in Detroit is grateful to the panelists for their hard work and sensitivity to this important task.

If art is the highest form of hope, Detroit has a great future. Artists like Bill Harris, and his fellow Eminent Artists Charles McGee (2008) and Marcus Belgrave (2009), define what is extraordinary about our great City and its cultural community – unwavering energy, imagination and dedication to our home town. Our congratulations and thanks to Bill Harris for making Detroit a better place. 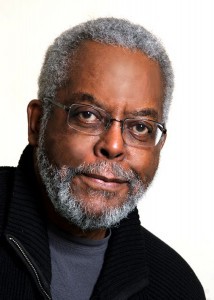