Master lensman Bill Rauhuaser (1918-2017)  didn’t just make art with his camera – he made it with his eyes, his head and his heart. For more than 60 years, Bill helped shape Detroit’s photographic community: teaching and mentoring young artists; introducing the community to photography as an art form through his pioneering gallery Group 4; and capturing the rhythm and life of the city through his iconic images. For these accomplishments and many more, Bill was considered “The Dean of Detroit Photography.” It was our honor to add a new title to his dossier: 2014 Kresge Eminent Artist.

Throughout his 30-year teaching career at the College for Creative Studies, Bill was known for instructing his students not to make a photograph of something, rather, to make a photograph about something.  His own work – from street photography and portraiture to conceptual abstractions – is full of the uncanny intuition and spontaneity that his hero, photographer Henri Cartier-Bresson, called the “mastery of the instant.” His work is timeless, full of images that reflect Detroit’s history, and until his passing in 2017, he kept at it, roaming the streets as the lucid eyes of the city.

Our sincere appreciation goes to the esteemed members of the Kresge Arts in Detroit Advisory Council for selecting Bill from among dozens of worthy nominees.  This award, with its $50,000 prize, celebrates artists whose lifelong, influential work and impact on our city are unmistakable. 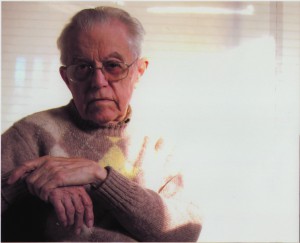