Cinnamon Triano is a documentary filmmaker and artist living in Detroit. In 2012, she received her BFA in video and film arts from the Maryland Institute College of Art in Baltimore, Maryland. She spent the next few years traveling internationally to work on cinéma vérité projects, often living with her documentary subjects long-term and filming their everyday lives. Triano works professionally as a camera operator and producer on documentary films and commercial content. Using drawn and photographed elements, she also creates surreal portraits and animated video collages. Recently, she worked as an associate producer on the horror feature “We Need To Do Something,” and a field producer on the Netflix Docuseries “Cheer.” 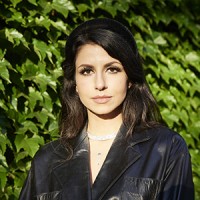