Gary Jay is a director and cinematographer from Detroit whose passion for filmmaking began at age 9 while making videos for YouTube. Though at the time it was not something he would have considered as a future career, he knew that working with cameras made him happy. Jay earned his BFA from the Academy of Art University in San Francisco, then returned to his hometown, Detroit, to share his skills and knowledge with the community, a longtime goal of his. 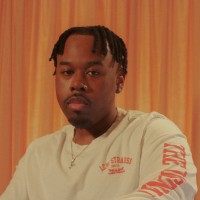