Jeremy Brockman is a cinematographer born and raised on Detroit’s eastside. His education in filmmaking was self-directed—through the study of classic films, textbooks, and years of on-set experience in the camera department. Brockman’s work as a director has primarily been in documentary/nonfiction, for which he earned three regional Emmy nominations, taking home an Emmy for the short documentary film, “Lyricist Society.” He works as a director of photography with credits for narrative short films, syndicated documentary work, as well as commercial and branded content. 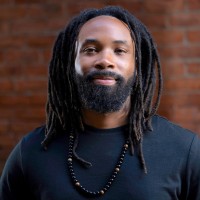