Kresge Arts in Detroit is thrilled to announce Leni Sinclair as the 2016 Kresge Eminent Artist, honoring her for a singular, lifelong devotion to art and activism.

As a photographer, Sinclair’s iconic images of major cultural, political and social figures and events, spanning the last six decades, present a riveting, multifaceted view of Detroit. As an activist and advocate for social change, Sinclair was a co-founder of many influential vehicles that supported the emergence of an avant-garde art scene and radical social movement in Detroit – among them, the Detroit Artists Workshop, the Red Door Gallery and the White Panther Party.

Sinclair’s art and activism are inseparable forces and we are honored to shine a light on the critical contributions of her art practice to Detroit.

Since 2008, Kresge Arts in Detroit has annually honored an exceptional artist for lifelong professional achievements and contributions to the cultural community of metropolitan Detroit. The Kresge Eminent Artist Award, administered for The Kresge Foundation by the College for Creative Studies, includes a $50,000 prize that acknowledges artistic innovation, integrity and depth of vision. The Eminent Artist Award recipient is selected by the Kresge Arts in Detroit Advisory Council, a volunteer group of leaders in the metropolitan Detroit cultural community.

Leni Sinclair has spent much of her life as an under-recognized force in Detroit’s music and political scene. It is our hope and expectation that the 2016 Kresge Eminent Artist Award will be the first of many substantial and well-deserved acknowledgements of her unwavering contributions to art, culture and community. 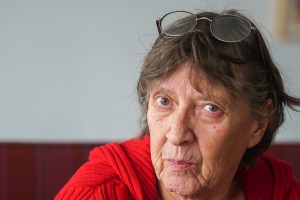