Kresge Arts in Detroit is honored to announce visual artist Marie Woo as the 2020 Kresge Eminent Artist. Her groundbreaking personal work, including vessels, sculptures, installations, and the creation of her signature and sought after glazes “Woo Blue” and “Woo Yellow,” achieve the often-elusive aspiration that drives many visual artists – honoring tradition while simultaneously pushing a form forward. Her work as a scholar, preservationist, curator, and educator have further influenced, sustained, and connected the field of ceramics.

Woo’s ceramics are of such arresting beauty and intriguing form that the pieces both catch the eye and hold the attention of heart and mind. As she notes and elegantly accomplishes in her work, “If you just let the clay take over, then the viewer takes a journey, too.”

Inspired at a young age by a supportive teacher, Woo majored in art as an undergrad at the University of Washington. Her advanced degree from Cranbrook led to several teaching positions at institutions locally, nationally, and internationally where she passed on to her students the same passion that her early art teacher had sparked for her. As a preservationist, she documented and raised awareness of the lineage, traditions, and techniques for the form, while as a fine artist she extended the possibilities of the medium.

Woo has lived an artist’s life, including leaps of faith that required leaving behind a seemingly secure future. She stayed true to her chosen materials, the lineage of her craft, and her gift for discovering new paths forward. In doing so, she has pushed the limits of the material, expanded our collective understanding of ceramics as an art form, and exemplified what it means to be a visual artist.

Marie Woo’s elevation of earth and clay to shimmering beauty is a reminder of the exquisite nature of our surroundings, and the opportunity to transform the everyday into the extraordinary. It is an honor to celebrate her exceptional accomplishments. 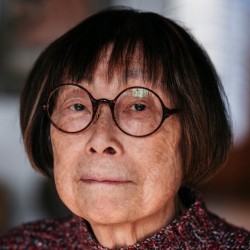