Natasha Beste is a video director, installation artist, animator, performer, and educator whose work has been showcased at the Ann Arbor Film Festival, Media City Film Festival, MOCAD, and the University of Michigan Penny W. Stamps School of Art & Design. Since 2006, Beste has taught media arts at Wayne State University, Marygrove College, Y-Arts at the Boll Family YMCA, and Ladybug Studios. Since 2010, she’s been co-director of Gold House Media and has been commissioned by Kresge Arts in Detroit and Cranbrook Art Museum. She currently teaches at the College for Creative Studies and Living Arts (Detroit). 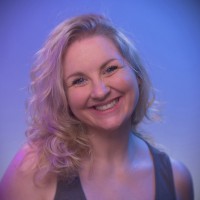