Nova Zaii is an electronic producer, drummer, and experience designer hailing from Chicago. While completing two degrees—in performing arts technology and jazz studies—at the University of Michigan, he invented a touchless instrument called the Nova Portals. He has patented and performed with the Portals around the country, including for TEDx Chicago. In 2016, he co-founded the electronic-jazz group, the JuJu Exchange, which released its debut album “Exchange” in 2017; the album reached the number one jazz album streaming position on Apple Music. He has worked with Kesswa, Vic Mensa, Prefuse 73, Derrick Hodge, Jamila Woods, Robert Hurst, Kaleigh Wilder, Marcus Elliot, Tank and the Bangas, as well as other visionary artists. 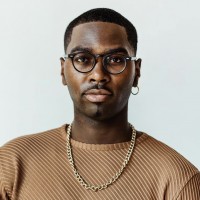