Ahya Simone is a Detroit-based harpist, singer, artist, and organizer. She earned her degree from Wayne State University, where she was the principal harpist for the Wayne State University Wind Symphony in 2011. She has performed extensively in Detroit, and internationally in Scotland and Canada. Ahya’s versatile approach to harp and vocal artistry includes classical, jazz, and soul. She is also an emerging filmmaker, and was awarded a Knight Sundance Fellowhip in 2018. She is in the midst of developing “Femme Queen Chronicles,” a web-series sponsored by the Trans Sistas of Color Project and the Detroit Narrative Agency 2.0. 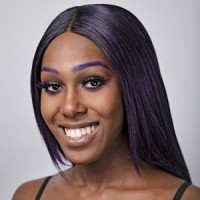