Kenneth Green’s creative development began in the city of his birth, Detroit. Benefiting from early exposure to music and musicians in his family home, Green became aware of the importance of music in human well being. However, it would be many years later that his musical direction would be shaped. Touring with Roscoe Mitchell, Green learned the true value of music and production. As a recorded musician, composer, band leader, and scientist, it is his concern for community that frames his musical activities. Today, Green seeks to produce and present the resonant frequencies conducive for sustaining life and healing the broken in order to to elevate well being and planetary harmony. 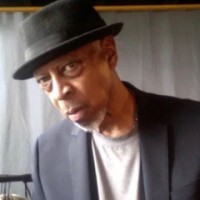