An accomplished poet and educator, Alise Alousi’s work has appeared in several journals and anthologies including, We are Iraqis: Aesthetics and Politics in a Time of War, Inclined to Speak: An Anthology of Contemporary Arab American Poetry, and I Feel a Little Jumpy Around You. In 2014, she was an inaugural Knight Arts Challenge Detroit winner for From Detroit to Baghdad: Al-Mutanabbi Street Starts Here, an exhibition, workshop, and performance series commemorating the bombing of Baghdad’s centuries old street of booksellers. Alousi is program director for InsideOut Literary Arts. 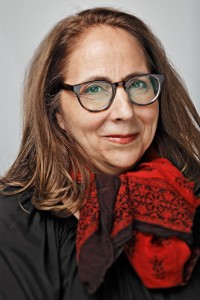