Based in Detroit, Allie is a long-form journalist primarily focused on education, criminal justice, labor, housing, and income inequality. Her work has appeared in Jacobin, VICE, Slate, GOOD, the Atlantic, FiveThirtyEight, Mother Jones, and the Detroit Metro Times. Allie’s article “Out from Under: One family fights to win their house back in the Wayne County foreclosure auction,” received the 2016 Best Feature Award from the Association of Alternative Newsmedia and was included in the Atlantic’s 2015 list of “Slightly More than 100 Exceptional Works of Journalism.” 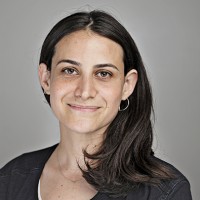