Ben Corona in an independent film director based in Michigan who wants his audience to feel a deep human connection with his characters. He has created many short films including “Theater Piece”, which won Best Picture at the Michigan Museum of Arts Film Festival. He is currently working on his first feature documentary, “Sacrifice Zones: The 48217.” This feature documentary about the most polluted zip code in Michigan is a tool for environmental activism. Ben earned his Bachelor of Fine Arts in film with honors at Wayne State University. 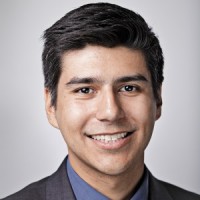