Benjamin Alfaro is a writer and educator from Detroit. He is the co-author of Home Court (Red Beard Press, 2014). His writing has appeared in The BreakBeat Poets: New American Poetry in the Age of Hip-Hop, Union Station Magazine, Acentos Review, Freeze Ray Poetry, Red Cedar Review, and elsewhere. He was a featured artist on the HBO Original Series Brave New Voices (2009) and has performed, lectured, and led workshops across the United States. Benjamin has been a teaching artist with InsideOut Literary Arts since 2008, where he is serves as the Youth Leadership Coordinator. 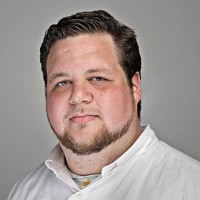