Biba Bell is dancer and choreographer whose work intersects a highly visual and visceral space between architecture and the body, focusing on dance’s relationship to domesticity, gender, and modernism. Biba’s work has been presented internationally, including at Kunstlerhaus Bremen (Germany), Museum of Contemporary Art Detroit, Cranbrook Art Museum, and in a Mies van der Rohe apartment in Detroit’s Lafayette Park. Biba earned her PhD in Performance Studies from NYU and teaches at Wayne State University. Of her dancing, Gia Kourlas of the New York Times noted, “It’s invigorating to watch someone who borders on wild.” 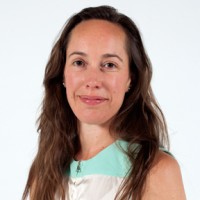