Bryce Harding is a drummer, beatboxer, singer, keyboard player, music producer and private drum teacher. He had his first real taste of the big stage when he was selected to perform with Shania Twain at the Palace of Auburn Hills in front of a crowd of 20,000 people. Since then, he has performed in countless other venues, most notably on the Warped Tour at the Pontiac Silverdome, as a featured performer at the Detroit Opera House, and at the world famous Apollo Theater in New York where he a was a finalist in the Apollo “Show Off” competition. 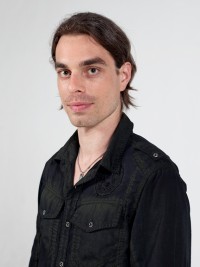