Chace “Mic Write” Morris, a slam poet, is the 2010 Detroit Grand Slam Champion and the 2010 Rustbelt Individual Slam Champion, and is a former member of four Detroit National Slam Teams. Morris was featured in the Metro Times list of “Top 5 Poets in Detroit” and has opened for acts such as Talib Kweli, The Last Poets, and RZA of the Wu Tang Clan. Morris is a member of the acclaimed hip-hop collective Cold Men Young and is a writer-in-residence with InsideOut Literary Arts Project, teaching creative writing in local schools. 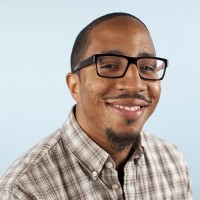