Diane Cheklich is a Detroit-based, independent screenwriter, film director and producer. Her desire to tell stories with a specific rhythm and sense of humor resulted in the award-winning feature film Offshore, which is an Indo-American movie filmed in both the United States and India. Cheklich has also written and directed several short films, including the award-winning Doctor Reddy, which is in distribution through Ouat Media, and Late, which has screened at film festivals around the world and is in distribution through the Canadian Filmmakers Distribution Centre. 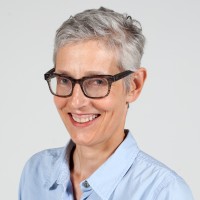