Don “Doop” Duprie’s deep working-class roots echo throughout his music as a singer/songwriter. Frontman for the Detroit area alt-country/roots rock band Doop and the Inside Outlaws, Doop is a laid-off firefighter who was born and raised in industrial River Rouge, Michigan. His songs paint an honest portrait of everyday working people. Recognizing music’s power to inspire and challenge as well as entertain, he focuses on songwriting and co-founded a local songwriting collective in 2005. He worked with legendary Detroit producer Jim Diamond (who has produced The White Stripes) to record his three albums: “Blood River,” “Everett Belcher” and “What am I supposed to do?” 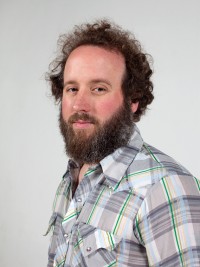