Donavan Glover is a film director based in downtown Detroit. In 2010, Glover returned to Detroit from Eastern Michigan University and discovered his passion for visual storytelling. He took initiative to learn the fundamentals of directing, film editing and photography. Since 2011, Glover has worked with respected musicians and performers, such as Slum Village, Karriem Riggins, Obie Trice, Elzhi and Jessica Care Moore. Glover’s work can be viewed on websites such as XXL, Complex Magazine, illRoots, HotNewHipHop and Stones Throw Records. Glover’s natural ability to bring ideas to life is reflected in his short films, music videos and mini-documentary series. 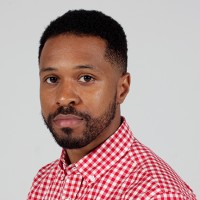