Filmmaker, writer and social justice organizer dream hampton’s directorial credits include Black August, I AM ALI and QueenS. hampton was the co-executive producer of An Oversimplification of Her Beauty and the associate producer of The Russian Winter. Over the past two decades her articles and essays have been published in dozens of magazines and anthologies. She’s a consultant at MomsRising and Amnesty International, and a board member of Color of Change, Young Nation, Detroit Summer and Write A House. She believes in using her pen and her camera to disrupt dominant narratives. She believes in magic. She believes in Detroit. 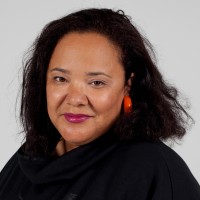