A narrative journalist and narrative nonfiction author, Drew’s work has been published nationally and internationally in publications such as BuzzFeed, The Guardian, De Correspondent, and the Detroit Free Press. His first book of nonfiction, A $500 House in Detroit: Rebuilding an Abandoned Home and an American City, was published in 2017 (Scribner). In 2016, Drew was selected by Michael Pollan and the University of California, Berkeley as an 11th Hour Food and Farming Journalism Fellow. 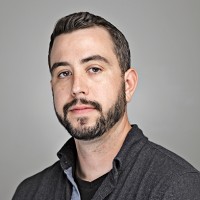