Ed Fraga received a Bachelor of Fine Arts from Wayne State University in 1980. In 2008 he was recognized with a “Distinguished Alumnus” award from the university. His paintings and drawings are in the collections of the Detroit Institute of Arts, Cranbrook Art Museum, Flint Institute of Arts and The Federal Reserve Bank of Chicago. Ed has exhibited his work throughout the country with two solo shows in New York in 2002 and 2007. He is a recipient of several awards including a fellowship from the Adolph and Esther Gottlieb Foundation, a Rockefeller Foundation residency in Bellagio, Italy, an Arts Midwest National Endowment for the Arts and The Awards in the Visual Arts 8. 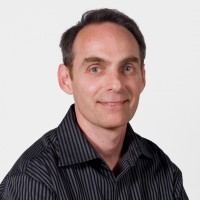