Frank Pahl received a bachelor of arts degree in English from Wayne State University, Detroit and a master of fine arts degree in art and design with an emphasis in sound art from University of Michigan, Ann Arbor. He has received over 80 commissions to write music for theater, film and dance and has performed throughout North America, Europe and Japan. His music has appeared on over 70 releases. Since 2000, he’s actively created kinetic sound installations, which are frequently designed to accompany his music. Pahl has taught sound design at College for Creative Studies, Detroit and sound-related courses at University of Michigan. His current music projects are Scavenger Quartet and Little Bang Theory. 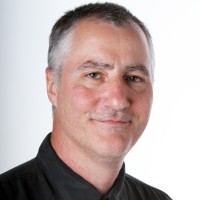