Heidi Kaloustian is a fiction writer and visual artist. She holds a Bachelor of Arts from the University of Michigan, where she studied English and Creative Writing. As an undergraduate, Kaloustian wrote flash fiction in Maine, art criticism in Japan, and creative non-fiction in Ghana. She is currently at work on her first novel. Kaloustian was named 2005 Davidson Fellow, Laureate of Literature. She was the first Davidson Fellow to be awarded the top prize in the category of Literature. She has received numerous honors, including an Alice Webber Glover Award for an original screenplay (2010), a Hopwood Award in Fiction (2007), and a Louise Mooney Collins Creative Writing Scholarship (2004). She was a featured visual artist in the inaugural 2010 Pop-Up Detroit art exhibition. 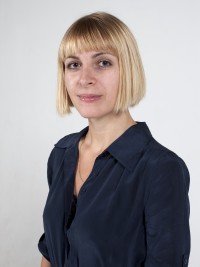