Jasmine Rivera is a film director and writer from Detroit. As a filmmaker, she has created numerous short narrative films, including her latest work, Nain Rouge, which won festival awards around the country. Rivera’s work takes inspiration from history and social justice issues, while exploring the rich narratives of community storytelling, especially those of her hometown and its people. She is currently working on a short, Sisters in Justice, and a narrative feature, American Prophet, set in 1968 Detroit. Rivera is an honors graduate with a Master of Fine Arts degree in film directing from Columbia University. 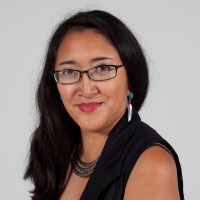