The story of Waajeed, is a Detroit story. In the shadows of a towering Motown legacy, underground hip-hop and heroes of Detroit techno, Waajeed found his calling card somewhere in between. Alongside well-known luminaries and comrades like J Dilla and Slum Village, he helped pioneer a distinct sound in hip-hop and beyond which continues to inform a generation of beat-builders worldwide. After years of championing this beat movement through personal projects, concept groups such as Platinum Pied Pipers, artist collectives like Complex Movements and his own label, DIRT TECH RECK, Waajeed looks to pivot in a new direction, combining Detroit hip-hop and techno to create a hybrid expression of the city. 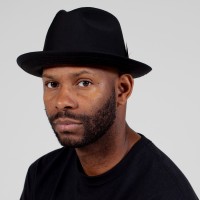