Joshua Mulligan is an animator who graduated from the College for Creative Studies in 2014. His animated films have screened at a variety of Michigan film festivals, and his work received Honorable Mention in Adobe’s annual design competition (2014). Since graduation, Joshua has worked as a storyboard artist for the Safe Pregnancy Foundation and created two animated short films for a feature documentary produced by AE films and Vice media entitled, “Author: The JT Leroy Story.” Josh has also animated for a children’s educational TV show called “Bug Bites” which airs on PBS in Detroit. 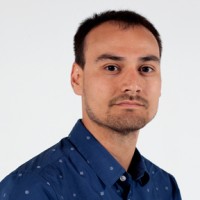