As an originator of techno music, Juan Atkins transformed electronic music and joined the ranks of Detroit’s musical legacy. In 1981, Atkins and Richard “3070” Davis co-founded the groundbreaking electro group Cybotron, which laid the foundation for Detroit techno. In 1985, Atkins founded his own label Metroplex Records and recorded his first single with his new group Model 500. Toward the end of the 1980s, techno music swept the planet with Atkins in high demand for live performances around the world. With the re-launch of Metroplex Records in 2011, his band Model 500 Live and a feature-length film in the works, Juan continues to bring musical innovations to the world. 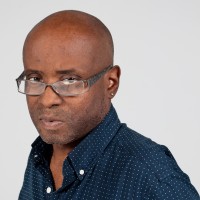