Kahn Davison, based in Detroit, is a music writer for The Metro Times. He was formerly an art columnist for The Gazette News and an Arts and Entertainment writer for The Michigan Citizen. He has served as a creative writing instructor at Detroit Impact Community Center and InsideOut Literary Arts Project. He was one half of the poetry group Khaos and co-star in the award-winning play Mahogany Dreams. He’s a Cave Canem fellow whose work has been featured in The Alabama Poetry Society, The Entoitist, The Baltimore Review, London’s X-Bout, Barbaric Yap, Callaloo, Black Reniaissance Noire, and The Litchfield Review. He has read and lectured widely in Europe and the United States. 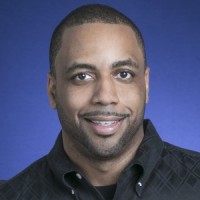