Kris Johnson is an award-winning jazz trumpeter, composer, and educator. He has appeared on an impressive list of albums including two Grammy-nominated releases: Tony Bennett’s “A Swingin’ Christmas” and Karen Clark Sheard’s “All In One”. Kris is a trumpeter and arranger with the Count Basie Orchestra. In 2013 he was featured in the standup-comedy film “Make Me Wanna Holla” starring Sinbad. Mr. Johnson has performed at some of the world’s most prestigious jazz venues including the Apollo Theater, the Blue Note Jazz Club (US and Japan), Sydney Opera House, Blues Alley, and the Hollywood Bowl.

Kris was a full time faculty member at The Ohio State University from 2012 – 2015 serving as a jazz lecturer. He is also the former director of Detroit Symphony’s Civic Jazz Orchestra where he lead the most talented students in Metro Detroit. 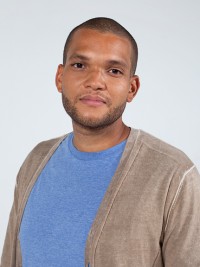