At age 16, Louis Aguilar was officially declared “incorrigible” by Catholic administrators of St. Hedwig High. Mr. Aguilar has eagerly tried to live up to the title. He is an award-winning reporter, which includes staff writing gigs at the Washington Post and Denver Post. He briefly ran Cruzando Fronteras Film Festival in Washington, D.C. and consulted the Smithsonian Institution on Latino programming. Since 2004, he has helped to report the epic nature of his native city for The Detroit News. In 2009, he wrote Long Live the Dead: The Accidental Mummies of Guanajuato, a book about a Mexican city’s complex relationship with 112 of its mummified citizens. 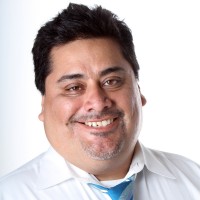