Lynne Avadenka received a BFA (1978) and MFA (1981) from Wayne State University. She has received grants from the National Endowment for the Arts and the Michigan Council for Arts and Cultural Affairs. Recent awards include The Dorothy Saxe Prize, residencies at The Oberpfälzer Küntslerhaus, Schwandorf, Germany and the Virginia Center for the Creative Arts in Amherst. Avadenka’s work is many collections, including The Detroit Institute of Arts, The New York Public Library, The British Library, London; The Israel Museum, Jerusalem; The Library of Congress, Washington, D.C. and The Meermano Museum, The Hague, The Netherlands. 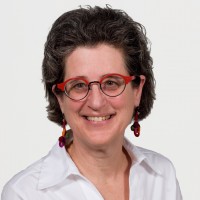