Marcus Elliot is saxophonist, composer, and educator, creating transformative experiences in his community through music. Elliot’s compositions and improvisations have been described by the New York Times as “convincing and confident, evolved in touch and tone.” The Detroit Free Press has said, “Marcus Elliot represents the next generation of jazz.” He has traveled the world with artists such as Marcus Belgrave, Kris Johnson, Shigeto, Rodney Whitaker, and Anthony Stanco. Elliot has self-released four albums as a band leader in the past decade. He is director of the Detroit Symphony Orchestra Civic Jazz Band. Elliot received his master’s degree in improvisation from the University of Michigan. 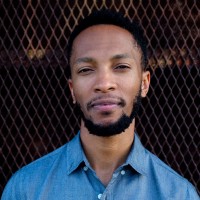