Maria Costa is a dynamic actress/comedian and writer whom critics have compared to the likes of Lucille Ball, Lilly Tomlin and Richard Pryor. Maria’s hilarious, award-winning, one-woman stand-up performance, “Macho Men and the Women Who Love Them,” has sold out performances in 16 cities in six countries as well as the Kodak Theatre in Hollywood, California, and is distributed worldwide on DVD by Image Entertainment. Costa has starred in several primetime television shows like ABC’s “Ugly Betty,” Lifetime’s “Strong Medicine,” CBS’s “Joan of Arcadia,” ABC’s “Dangerous Minds” and BRAVO’S “The It Factor LA.” 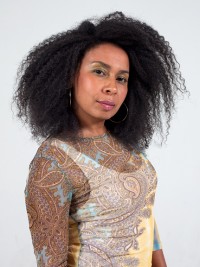