Marsha Music, daughter of a pre-Motown record producer, grew up in Highland Park and lives in Lafayette Park, Detroit. She is a self-described “primordial Detroiter” and writes about the city’s music, and its past, present and future. She is a former activist/labor leader and a noted speaker.  She has contributed to significant Detroit narratives, including Untold Tales, Unsung Heroes: An Oral History of Detroit’s African American Community, University of Michigan’s “Living Music Oral History Project“, and Thanks for the View, Mr. Mies: Lafayette Park, Detroit., as well as an HBO documentary on the Detroit Tigers.  Marsha is an executive assistant in the judiciary, has two sons and four stepchildren, and is married to the artist David Philpot. 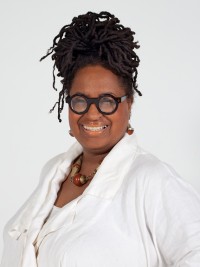