Morgan Breon began her theatre career playing 15/16 of the characters in Nilaja Sun’s “No Child.” She is an ensemble member of Shakespeare in Detroit and an alumnus of Mosaic Youth Theater in Detroit, the University of Michigan CRLT Players and UMetc. Her stage play “Portrait of A Wise Woman,” won Audience Favorite in the 2015 Two Muses Women’s Playwriting Festival. Her stage play “Waking Up Alive” won Jury’s Choice at the 2015 Detroit Fringe Festival. It had a staged reading at Interlochen Center for the Arts during her 2017 MITTEN Lab Fellowship. Morgan is a 2017 UMS Artist-in-Residence. 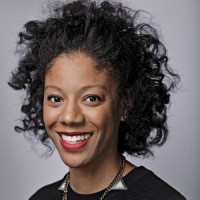