Nancy Mitchnick started out in Detroit’s Cass Corridor. She moved to New York City in 1973, drove a taxi, worked in an after-hours joint, assisted Brice Marden, raised her daughter, taught at Bard College, and, after ten years, had a well-received exhibition at Hirschl & Adler Modern, and two years later another one. Mitchnick’s work is emotional and strong, often various and sometimes humorous. Museums own her work. Interesting people have collected it. She is an innovative teacher; she was a full-time member of the faculty at the California Institute of the Arts for ten years, and was the Rudolph Arnheim Lecturer on Studio Arts at Harvard University for 15 years. Mitchnick has received a Guggenheim Fellowship, a Pollock Krasner Foundation grant and a National Endowment for the Arts award. Most recently she was a recipient of the Phi Beta Kappa Teaching Award at Harvard College. 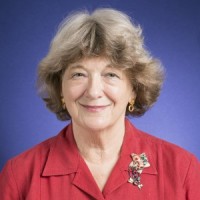