Writer/Director Oksana Mirzoyan is an Armenian-American filmmaker focused on narrative and visual storytelling. Mirzoyan was born in Baku, Azerbaijan and came to Detroit by way of Yerevan, Armenia and Moscow, Russia. She began making films in 2001, first appearing in front of the lens and then transitioning to behind the camera.

Mirzoyan’s work has taken her to some of the most remote corners of the world where she has worked on both personal projects and humanitarian causes. Mirzoyan is currently based in Detroit. 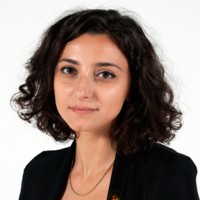