Paige Wood is an award-winning screenwriter, producer, and creative consultant. Born in Detroit and working worldwide, Paige has produced and/or co-written a number of critically-acclaimed documentary and narrative films since the start of her freelance career in 2018. Currently, she serves as the supervising producer of five narrative-shifting multimedia projects supported by The Ford Foundation, and teaches as an adjunct instructor in the film program at  Wayne State University. Paige is an alumna of Firelight Media’s 2018-2019 Impact Producer Fellowship cohort as well as a recipient of the Sundance Institute’s 2019 Knight Fellowship. 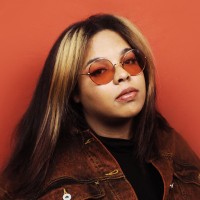