Rachel Reid is a freelance animator based in Detroit. She graduated from the College for Creative Studies with a BFA in entertainment arts, majoring in traditional and computer animation. After graduation, Reid became lead character animator at Gunner Animation, a Detroit animation studio where she worked with a community of local designers and illustrators to create top-notch animation for clients such as Amazon, Etsy, Facebook, and Google. Recently, she became a full-time freelancer collaborating with many studios and artists in the motion design and commercial animation industry. 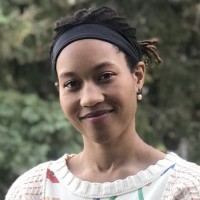