Rashaun Rucker makes photographs, prints, and drawings and has won numerous awards for his work. In 2008 Rucker became the first African American to win Michigan Press Photographer of the Year. He also won a national Emmy Award and two regional Emmys for documentary photography. In 2014, Rucker was awarded an artist residency at the Red Bull House of Art. In 2016, he was honored as a Modern Man by Black Enterprise magazine. Rucker created the artwork for the acclaimed documentary 12 and Clairmount and his work was featured on HBO’s Random Acts of Flyness. 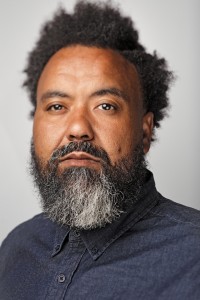