Bassist and former-Detroit Symphony Orchestra musician, Rick Robinson is a cultural pioneer blazing new pathways into classical music for new listeners and new pathways for orchestras into new communities from his multi-cultural perspective.

In 1995, he began arranging a hundred symphonic, classical and jazz masterworks for two unique outreach groups of DSO musicians called CutTime. Robinson’s composing abilities flourished, and in 2006, his original work Essay After Sibelius was premiered by the DSO. Robinson has since composed over a dozen works that blend classical with urban dance and folk idioms including Latin and gospel. 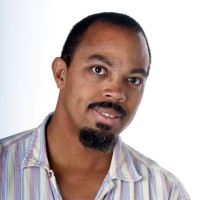