Born in Detroit, Robert has been creating work since 1967. He has exhibited at the Detroit Institute of Arts, Museum of Contemporary Art (Chicago), Cranbrook Museum of Art, and Marianne Boesky Gallery (New York City), among others. In 2015, he opened City Sculpture Park, a public art space in Detroit exhibiting three decades of work. His work is held in numerous collections, including the Detroit Institute of Arts, Cranbrook Museum of Art, and Wayne State University. Robert is the recipient of grants from the Pollock-Krasner Foundation and the National Endowment for the Arts. 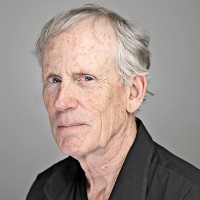