Born in Sidon, Lebanon and raised in Michigan, Rola Nashef is a screenwriter, director and producer. She uses her experience in the arts and involvement in Detroit’s diverse communities as a catalyst for creative expression and social movement. In 2011, Nashef was named one of the “25 New Faces of Independent Film” by Filmmaker Magazine for her debut feature-length film Detroit Unleaded, which she wrote, directed and produced. The film premiered at the Toronto International Film Festival in 2012 and won the Grolsch Film Works Discovery Award. Nashef has worked for the nonprofit organization ACCESS and her work as a multimedia artist is on permanent display in the Arab American National Museum’s Facing Identity exhibit. 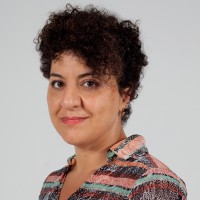