Ronald Ford, Jr. began dancing at two years old as he mimicked James Brown. Little did he know, 10 years later, he would be learning the only two original Detroit urban dance styles, Jit and Funkateer. Since then, he’s been thrilling audiences in Germany and Korea, and at the Palace of Auburn Hills, Chene Park, and the Detroit Electronic Music Festival’s main stage. Along with his dance group Unstoppables, he has danced for world renowned acts, including Afrika Bambaataa, Run DMC, Los Hermanos, and AUX 88. His mission is to continue showcasing unique Detroit dances to the world. 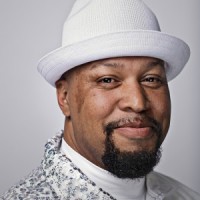